Emoji texting apps are apps that have a huge collection of digital images and icons that are used to express emotions and ideas. In a world where communication among teens is through texting, at times, words can be misinterpreted or might fall flat. The existence of thousands of different emojis and stickers has made texting very interesting. There are millions of emoji texting apps on the various OS platform. This makes it hard for one to realize which app has the best emojis. This is where we do come in handy in finding the right emoji apps for texting. We have a well-researched list of the best Emoji texting apps. 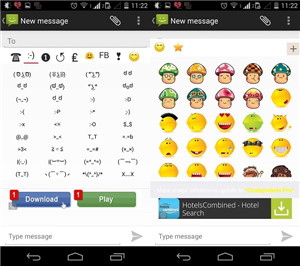 Why is the emoji texting app so popular for teens?

Before getting directly in providing you with a list of emoji texting apps, it's important to note that teens are the widespread use of emojis when texting. Emojis are not only cute for communication, but they also take on a life and language of their own. That is one thing that parents do fail to understand. Here are some of the reasons why emoji texting apps are top-rated among teens.

Most of the teens nowadays prefer communicating in a secret language, often referred to as "modern-day hieroglyphics." At first, emojis were meant to indicate sarcasm or a joke, but at the moment, it has been turned into a complete mode of communication. Common phrases that parents are aware of are now being translated into emojis. This is to keep parents off from tracking their conversation. Most parents find it challenging to translate emojis into real communication. This makes it convenient for teens to use it when they are relaying sensitive information to their peers. As a parent, you have to be aware of the coded messages expressed in emojis that your teen is using to communicate.

It's the quickest way to express their feelings.

Most of the teens are shy to express their feelings, especially in words or by speaking. Thus, emojis have been the best way that these teens have opted for when chatting. There are over 1000 emojis when interpreted well, and one can get how to express his/her sexual feelings. This only should tell you why emojis are popular among teens.

When trying to woe someone into a relationship, then your conversation has to be live. Emojis have proved beyond any reasonable doubt that they can liven up any conversation. This is possible through being used were correct, and physical cues might lack during the conversation. Emojis are imperative in delivering body language and facial expressions through texting. This is what makes any convo very interesting.

There are every emoji for every emotion and connotation. Emojis have become imperative in communication. Hence various smartphone companies are investing in this new mode of communication. This has seen IOS 10 open up iMessage to 3rd party developers who have come up emoji apps for iPhone. Developers are now flooding the market with emoji apps, some of which are free, while some cost a dollar or two. Such developments have made it difficult for most of the iPhone users to get the right emoji texting apps. Well, we got this, we do have the correct list of the popular iPhone emoji apps. Our list of the iPhone emoji app is apps that are teens prefer mostly. 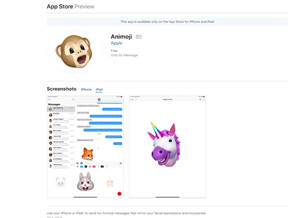 Animoji is not a 3rd party app, but it's an app that if you're an iPhone X/XS/XR user, it's already in your iOS. This Face ID technology emoji app has a wide range of emoji characters that follow your head and expressions. The app has the record your Animoji with the audio feature, makes your animation genuinely personal. Apart from the multitude of animals and creatures, the app allows you to create your emoji. 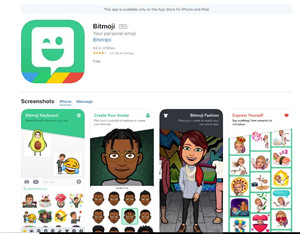 For the frequent snapchatters, then this is not a new emoji app for you. This is one of the highly-rated emoji apps that allows you to create Bitmoji versions of yourself and use them on your SnapChat as your identity. The app is straightforward and straightforward to use. All you have to do is to signup with your Snapchat ID or Gmail account. After this, you will select your gender and choose from the skin tones, eyes, and hair. The app comes with Bitmoji stickers that can be customized with Bitmoji and share it on SnapChat. Most of the teens do have a snap chat which makes it one of the common apps among the teens. 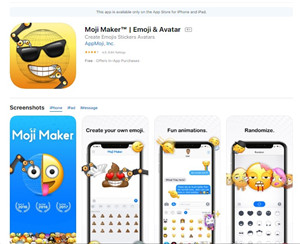 For those who want to feel more creative again, we have the moji maker. This allows you to create your custom emojis that do sync with your keyboard. The app has excellent graphics making it look even high. In addition to that, it's free to use this app. If you want to come up with your customized emojis, then this is the way to go. It's the best when you want to create freak emojis icons of zombies. 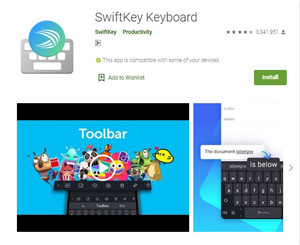 This is so far the best app that allows you to enjoy a variety of emojis on your android smartphone. This is an android keyboard that comes with a wide range of emojis that you can use them on any chatting platform. The app comes with features like; spell suggestions, flow-typing, and dictionary word suggestions. 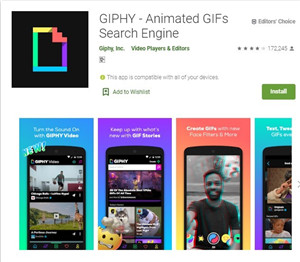 Giphy is known for its GIFs feature, but it also has emojis and stickers that most teens prefer. The app has a feature that allows you to create your emojis just in case you do not like the emojis in the app. The app is compatible with the common social media platforms such as Facebook, WhatsApp, And Instagram. 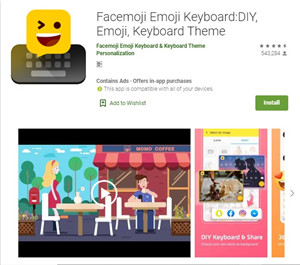 Facemoji is far the best emoji app that teens do prefer using. This popular app can be integrated with popular instant messaging platforms. What makes this a popular app among the teens its cause of the fact that it features over 3600 emojis and emoticons. In addition to that, the keyboard also brings lots of themes that enhance your typing experience.

What should parent notice about emoji apps for texting?

What adults call texting, teens, on the other hand, call talking. They "talk" on their phones through chatting on the social media platform and messaging apps. During the process of this talking, a language code emerges that makes it difficult for parents to understand. This is through hashtags, emojis, and acronyms. Most of the parents don't understand this language and make them go crazy. That is why today, we are focused on providing you with parental guidance that will enable you to know all the coding languages in teen communication. Here are the things that, as a parent, you need to understand.

The Coded Language in the Emoji apps does change from time to time.

The language in the emoji apps for texting uses emojis, stickers, and emoticons. This can change in meaning over time. The acronyms can also expand and contract. With time new emojis can also be added, and this always has a different meaning.

You need to be aware of sexting emojis.

Stay aware of slang and trend.

The only way to stay aware of slang and trend is by searching the internet platform. This will possibly give you the latest slang and emojis used for sexting. The other way of keeping up with the latest sexting slangs is by asking your teens what it means. This will provide you with context clues, such as being a discomfort when you try to understand something. To understand how these emojis are being used, you can also try to chat with your teens using emojis.

Parenting in the digital age is very technical; this is because most parents are not aware of what to protect their teens against. In that case, we provide you with the FamiSafe. This app will help you intensively on any parental control procedures. The app features the activity report, which is important to monitor the right time your teen chats often. The app is capable of detecting the You Tube activities of your child.

The screen time and smart schedule feature will also help in planning for reasonable screen time at every place. The app block and usage are also important in helping your teens from not using the social media platform in chatting. This is where most of this emojis and sexting take place.

Emoji language is not a new thing in the communication fraternity. What is new is how the meaning of slangs and emojis do change time after time. This has made it difficult for parents to understand and keep up with the latest meaning of sexting features. It's also important to note that parental control for Emoji Apps for texting is not just important on the sexting control. This is also imperative when you are preventing your teens from bullying. Nowadays, there are a lot of bullying cases on social media, and it's essential to protect your teens from this.