Different operating systems come with different features but also certain drawbacks. Whenever you shift from one operating system to another, you’ll notice that while some features may be new, some may be missing. If you’re a gamer making the shift from Windows to Mac OS, you’ll notice that Windows Steam and Mac Steam have different games. We think you’ll agree that this change can be pretty jarring initially. However, there’s no need to fear. Shifting to Mac OS doesn’t mean you’ll have to lose out on the games you loved. In this article, you’ll find the best Mac games on Steam. These games are player favorites around the globe, and every game has something new to offer. With this exhaustive list, finding your next favorite game on Mac Steam is genuinely a piece of cake. 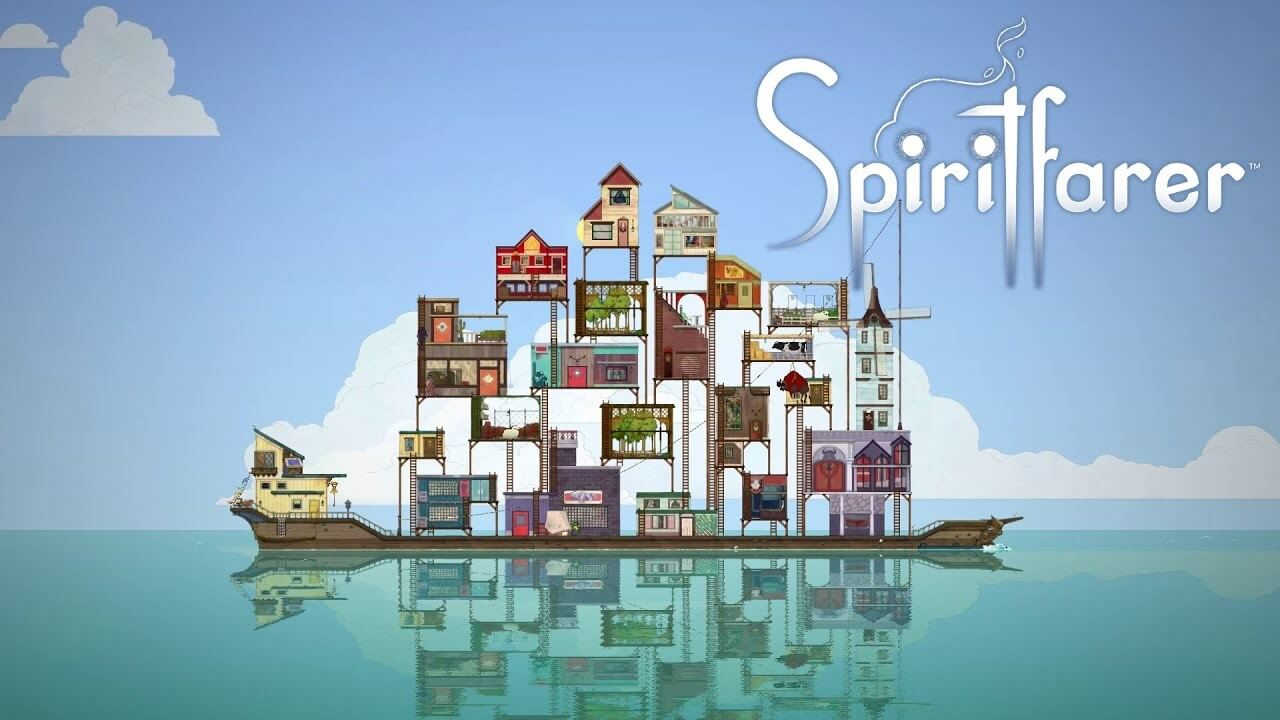 We start this list with a steam game that takes a unique outlook towards something often regarded as a failure: death. Spiritfarer follows the journey of Stella, a girl who guides souls to the afterlife. In this fantastical world, we travel to find some spirits willing to board our ship to the afterlife. Our job then is to care for these spirits by performing tasks such as building work stations and homes. We also help these spirits in their main and side quests. The scenery is vivid, serene, and beautiful at the same time, but even that isn’t what makes it one of the best mac games on Steam. What truly sets this game apart is how it shows the journey towards death as an essential part of character progression. Death is inevitable, and our job is to care for these spirits as they make this final journey. While we go about tasks such as gardening, trading, and exploring, spirits ruminate upon their lives and what they achieved. 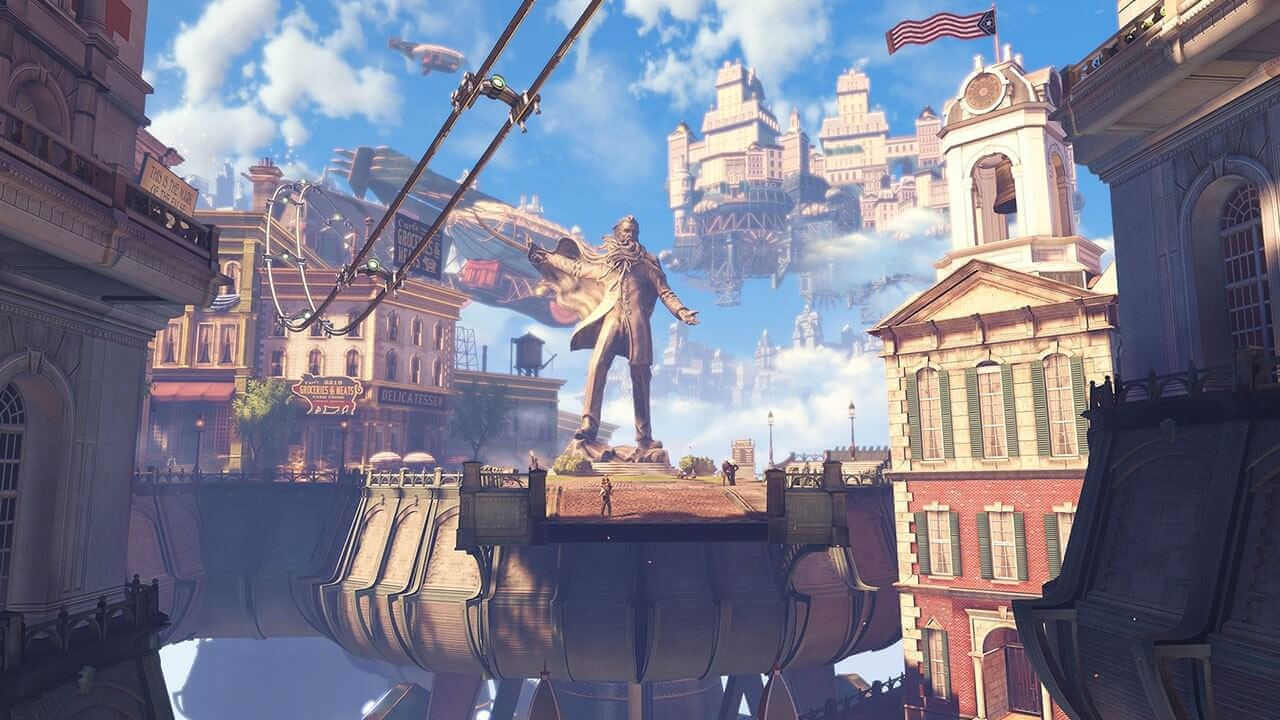 One of the most popular Mac games on Steam, Bioshock Infinite, is another game that packs a punch in graphics, storyline, and gameplay. Players are in the beautiful, broken, floating city of Columbia – a place where the American Dream turns into a nightmare. You explore heavy themes such as religion, politics, and corruption as you navigate the steampunk-themed city. Bioshock is primarily a shooter game, so your character has a massive arsenal at his disposal. From machine guns, snipers, pistols, and the like, your character also uses Vigors (magical powers) to attack enemies. Hordes of enemies will come at you in both indoor and outdoor locations, allowing you to immerse yourself in the stunning landscape fully.

Bioshock is a confusing yet exhilarating steam download that’s not just fun to play but also explores heavy themes. Truly a game that’ll turn the knobs in your head, Bioshock Infinite is one of the best Mac games on Steam you’ll ever play. 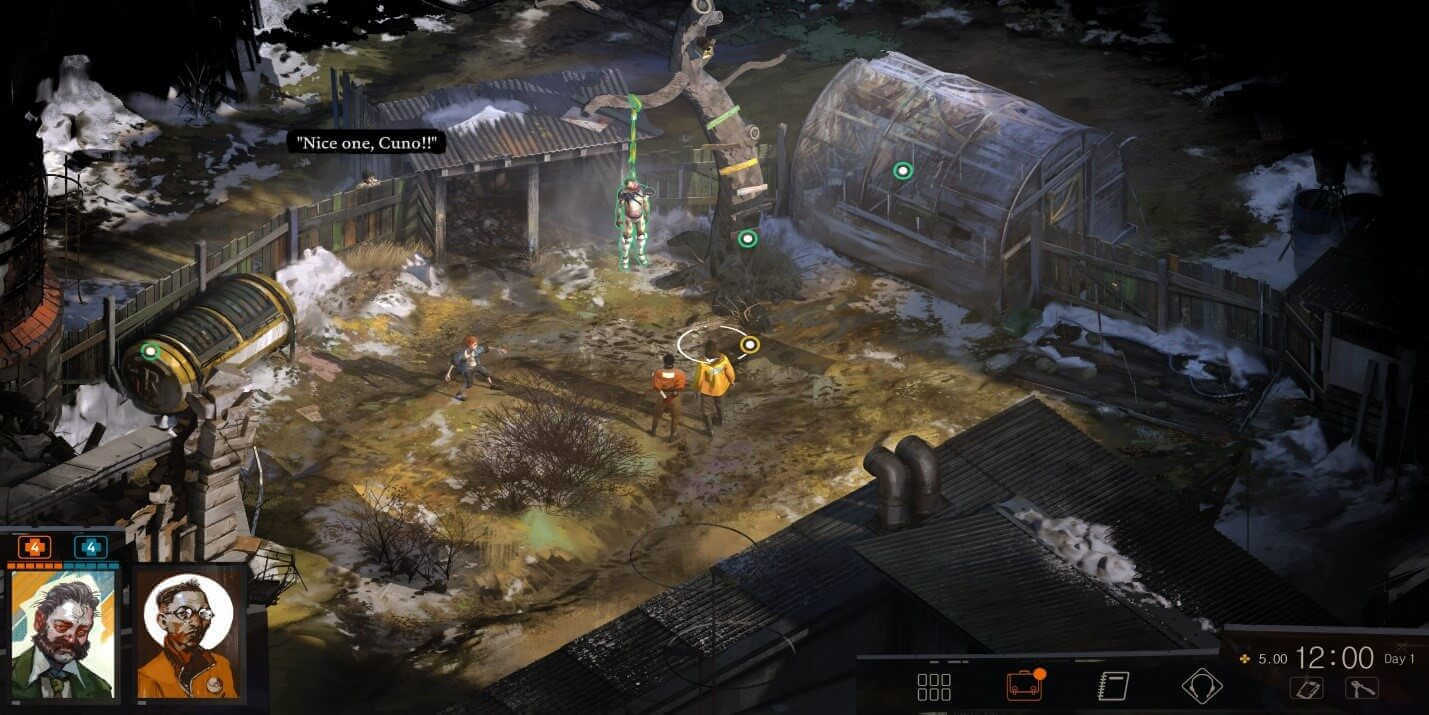 A groundbreaking role-playing game, Disco Elysium is set in the world of Elysium, where you start as an alcoholic detective suffering from amnesia. Things get even messier when you find the hanging man in the empty lot. Now, it’s up to you to get to the bottom of this mystery.

Here’s the deal: Disco Elysium is a take on the classic RPGs of the ’90s. The game is dialogue-heavy and complete with skill checks and dialogue trees. As we level up, we can improve our four primary skills, Intellect, Motorics, Physique, and Psyche. The game gives you an unprecedented level of independence in shaping your character arc. The choices you make and how you interact with NPC’s shape the narrative of the game entirely. What makes this the best Mac game on Steam is that every person playing it has a different experience from others. 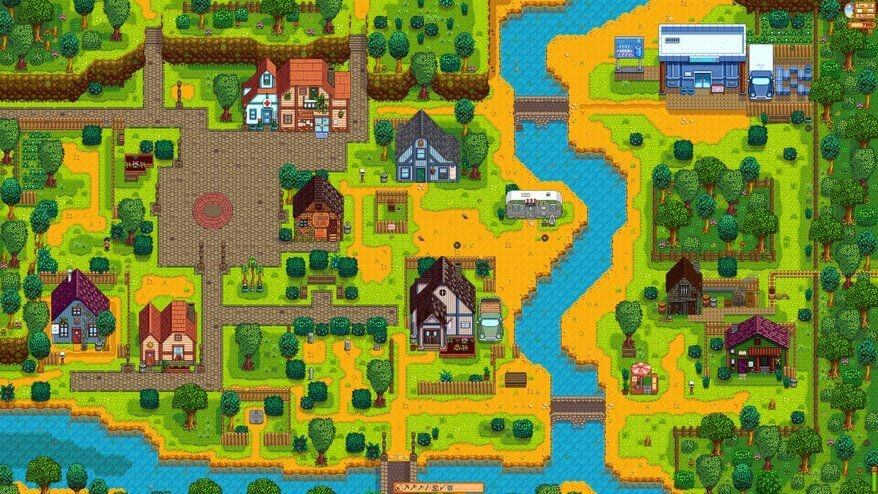 There is an absolute comfort that comes with playing farming simulation games and RPG’s. Stardew Valley combines both to give you an experience unmatched. In the 16-bit countryside landscape of Stardew Valley, you can do a wide range of things. From mining, farming, collecting, exploring, or crafting, you can do it to upgrade your farm. The graphics evoke nostalgia, and the farm setting is exceptionally soothing. However, Stardew Valley isn’t just about idyllic farming. Instead, you can fight enemies that get progressively stronger in the mines or create relationships with the inhabitants of the valley. You can rake up hours of gameplay in this top Mac game on Steam.

The bottom line: Stardew Valley is a relaxing, nostalgic game that you can always keep coming back to. 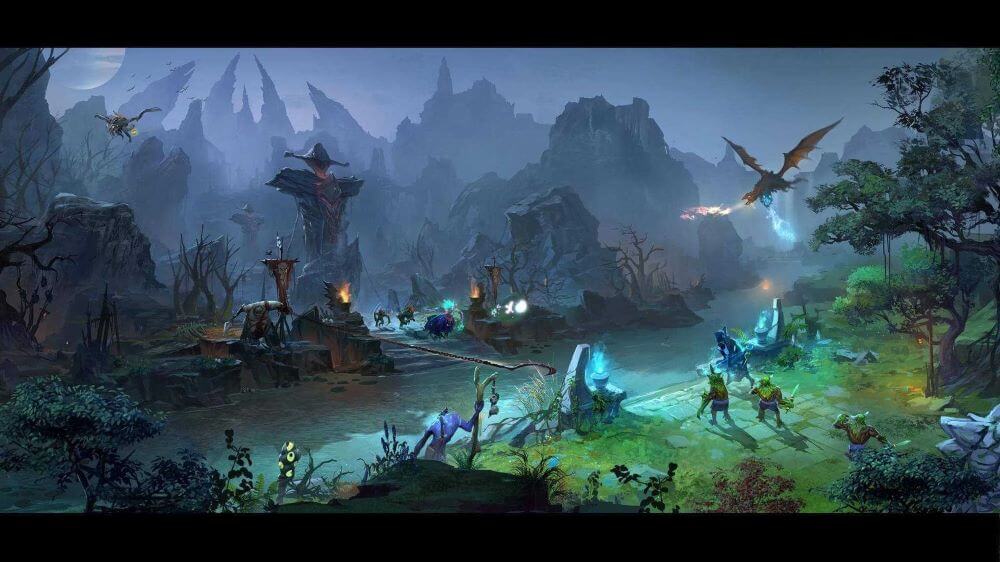 Truly a player classic, there’s no doubt about the fact that DOTA 2 is one of the best mac games on Steam. DOTA 2 is an online multiplayer battle arena game (MOBA). You can choose your hero from a vast pool of characters, each with their traits. Every character is part of a team of five, with every member fulfilling vital roles. To come out on top, you need a well-balanced team. The playing field is vast, with several lanes that players must be stationed on. Each session is only over when one team’s ‘Ancient’ is destroyed. Furthermore, as you win matches, you can upgrade your team and your hero with weapons and clothing.

Here’s the deal. If you’re looking for a steam mac game that you can keep playing through the years, there’s no better option than DOTA 2. 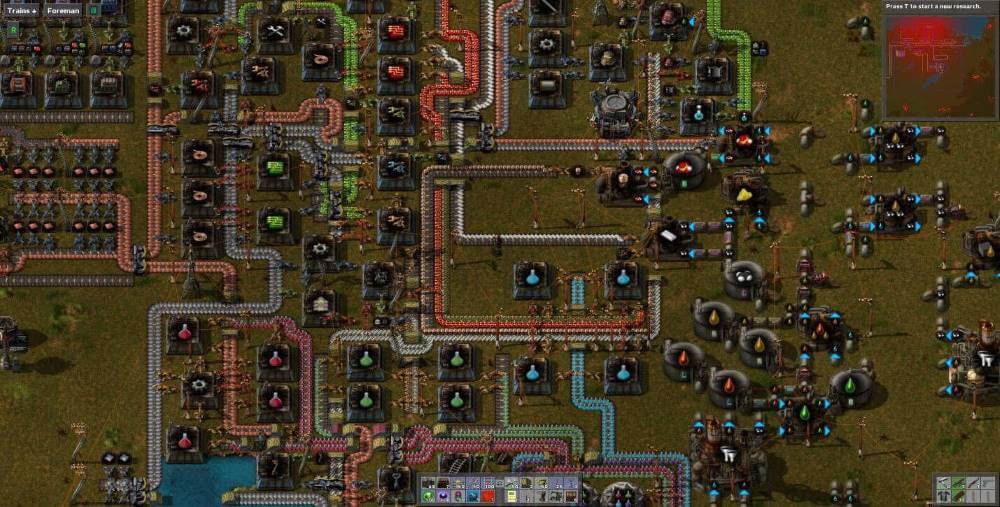 Factorio is one of the best mac strategy games you’ll play. The 2D world of Factorio is limitless, and you have to construct your factory. The factory you build will create increasingly complex products, and your factory can become colossal with time. However, as your factory starts to grow, you’ll become prone to attacks by the land's inhabitants. Initially, you’ll start off chopping wood and crafting small weapons. As your progress, you can gain the ability to construct linguistic robots, refine oil. The journey to becoming an industrial powerhouse can be enriching, and that’s what makes Factorio one of the best mac games on Steam.

It gets better: you can craft your scenarios in this uber customizable game. If you don’t find terrain or challenges you like, you can make your own! 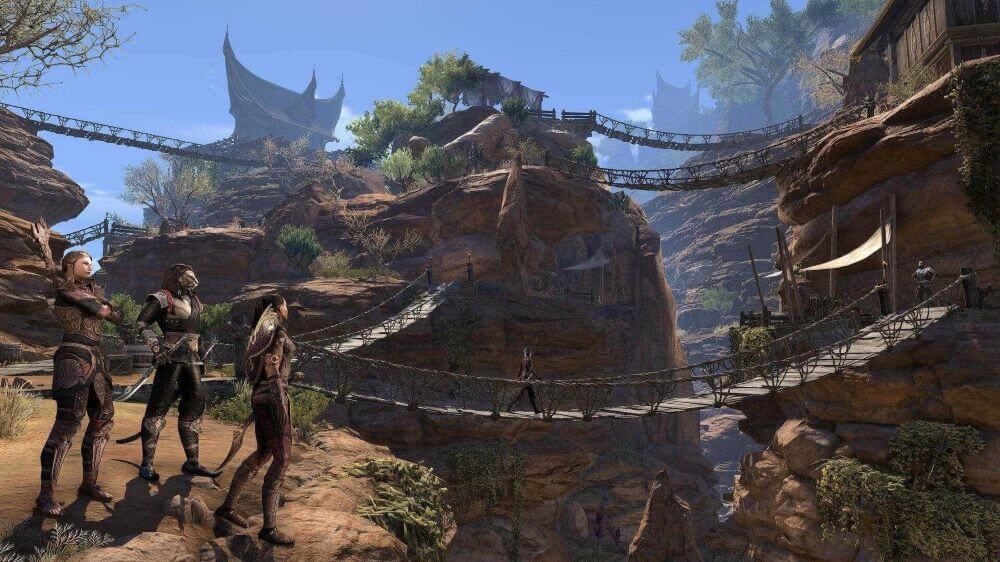 If you want a game with the main storyline to keep you engaged for days on end, Elder Scrolls Online is the game for you. There are more than 100 hours of just the main story, and expansion packs can give you 30-50 hours more gameplay. You can take down enemy hordes or even dragons with your friends, or become an assassin for hire. Honestly, one of the best open-world games for mac, you can play with others or explore unchartered territories on your own. The world of Elder Scrolls is colossal, and new updates can even let you visit Skyrim.

If you’re looking for an adventure game to keep you hooked, Elder Scrolls is one of the best mac games on steam for that. 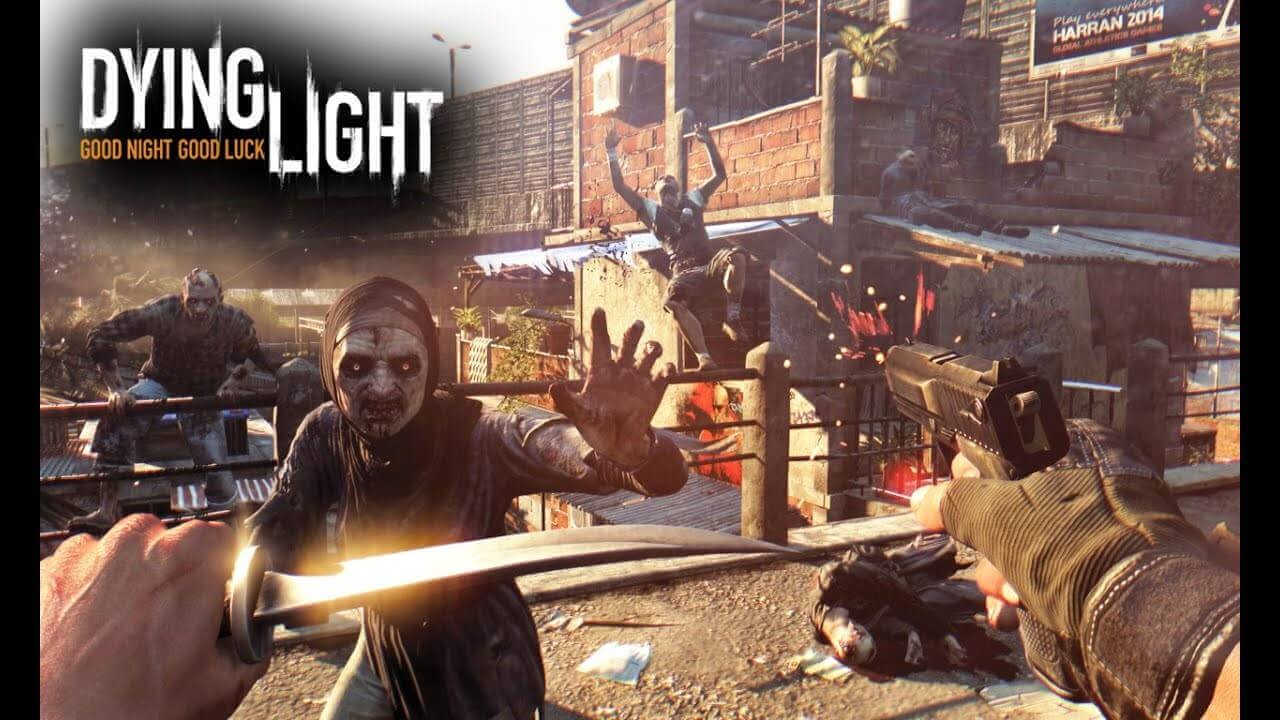 No list of the best mac games on Steam would be complete without a survival horror game. This game can be challenging to play initially, but once you get the hang of it, there’s nothing better. As your skill set expands, you can turn the rotting zombies into your playthings. The combat is one of the standout features of this game, as it involves parkour too. Your character sets off to save survivors amid a zombie apocalypse, completing side-quests in the middle。

If you or your kid is intrested in SteamVR, check this article to know more:Zenith VR Game: Should Parents Get it for Kids?

How can parents limit kids' game time on mac

All of these best Mac games on Steam can keep you hooked. However, if you’re a parent, you might want to limit your kids' time playing games. Famisafe is an app that can let you monitor the time spent on all apps. Furthermore, you can set parental alerts and even set screen time limits. All these can help ensure your kids have a much safer experience playing online.

As a powerful parental control app, Screen Time restriction is only one of the useful features of FamiSafe.

This list of the best mac games on Steam has something for everyone. Whether you’re craving some survival horror or want a relaxing farming simulation, you’ll find the best of each genre in this list.