Get the Best Nintendo Switch Game for your Kids

Nintendo Switch was developed and released worldwide on March 3, 2017. It is a portable device that you can use as a home console. It comes with a docking station and Joy-Cons. Also, it has a touch screen that you can use to navigate the Nintendo console with ease. It is popular among teens since it is a source of entertainment for them. Keep reading to learn about the Nintendo Switch games for toddlers.

What Are the Benefits of Toddlers Playing Games?

You should allow your kids to play Nintendo Switch games for toddlers because of the following reasons.

Games promote brain development in young children in several ways. Young minds have an overabundance of synapses. Recent studies show that the overproduction of synapses allows data capture to build the brain foundation. The best way to stimulate your child’s brain development is by creating a play environment that has several play materials. Young minds benefit a lot from experiencing an environment full of interesting games.

Experts believe that there is a strong correlation between communication skills and childhood play. Nintendo Switch games are highly beneficial to young minds since they give toddlers a chance to practice their vocabulary skills. In turn, they will be able to communicate properly and understand their peers efficiently. For example, when they are playing games with other kids, they communicate with each other and agree on doing something together.

This is one of the most obvious benefits of kids playing games. These games help children to develop creative thinking. Creative thinking helps kids to come up with solutions to problems that they encounter at an early stage. Giving your children a chance to play games will increase their level of creativity in the future. Boosting their creativity will help memory, give them confidence, and improve their social skills.

Nintendo Switch has been releasing many games since it was released on March 3, 2017. Here are eight of the best Nintendo Switch Games designed for toddlers.

This game has an old-school platform that provides young minds with a fun experience. It is designed in such a way that it provides gamers with lots of fun and slightly difficult missions to accomplish. Also, the game is inclusive of humor and interesting characters that make the game more interesting to younger peers. The game suitable for kids because it's easy to play, but it has an inconsistent tone. 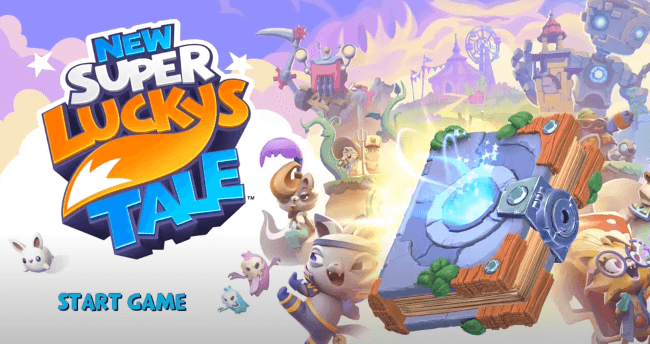 Mario Kart 8 Deluxe is a racing game that has interesting and funny characters. The game has an auto-steering feature that makes it possible for young users to navigate the vehicle with ease. What's the best part? You can opt for the multiplayer or single-player mode. The developer could have included an elimination option in the Battle Mode.

This slapstick-stealth-sandbox video game allows the player to control a goose that is bothering the residents of an English village. You can create mischief by stealing other people’s items or destroying people’s property. Your mischievous behavior irritates the inhabitants of the town, and they decide to hunt you down. The game gets interesting when you are running for your life. However, the game is short, small, and you cannot goose people. 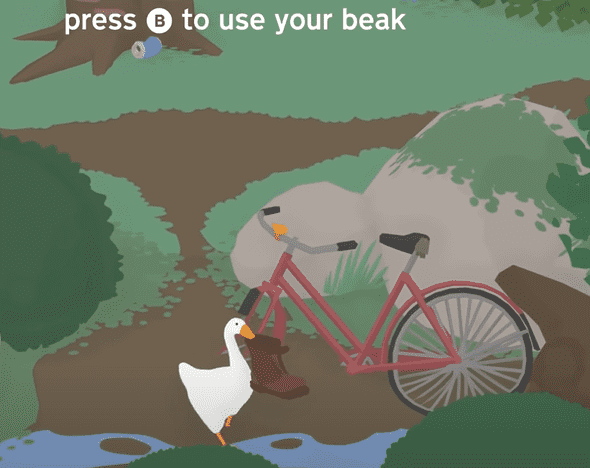 Released on October 31, 2019, Luigi's Mansion 3 is one of the best action-adventure video games. In the game, the player controls the character of Luigi while they are capturing ghosts across a hotel setting. You can decide to play several players or as a single player. Luigi is a green slime who is unbeaten. Luckily, Gooigi shows up and is more invincible when compared to Luigi. The characters are humorous, thereby making the game more interesting for young minds. But it has some repetitive themes and tiresome puzzles.

This game provides young minds with an adventurous experience. Minecraft allows the player to explore a blocky world with endless terrain. The game gets even better when you can craft weapons to defend yourself from potential threats. The game is ideal for young minds as it promotes creative thinking and other important life skills. But one disadvantage about this game is that it's full of challenges and surprises that kids can easily get addicted to the game. 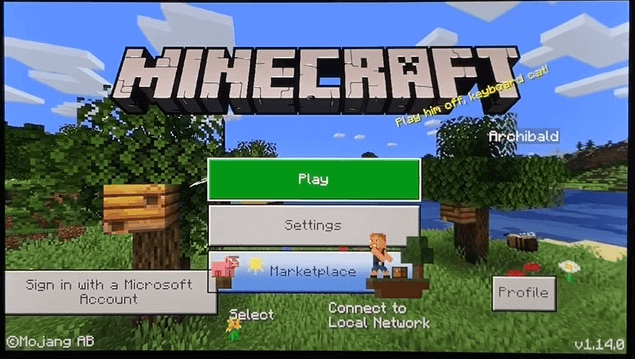 Splatoon 2 is an interesting and colorful third-person shooter game. The player controls Octolings and Inklings and uses colored ink as their ammunition. Marie finds out that the Great Zapshish has gone missing. Zapfish powers the entire city and his disappearance affects the whole city at large. The game gets interesting when the search for Zapfish begins. The game is inclusive of music and joy that makes it even enjoyable for kids. However, it slow when you want to get into a match. Also, interesting new mechanics in single-player mode are not available in multiplayer.

Lego City Undercover is an action-adventure game that takes place in Lego City. In the game, the player controls Chase McCain, an undercover cop. The player's mission is to hunt down Rex, a criminal on the loose. His capture will save the entire city from his criminal activities. It is an interesting and fun game for people of all ages. However, the game has long loading times and technical issues. It also doesn't have a multiplayer co-operative play. 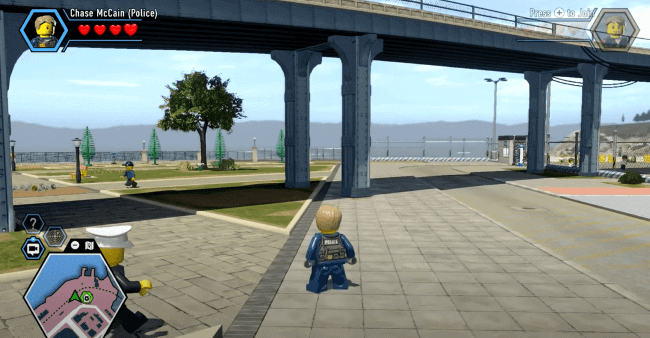 Super Mario Odyssey focuses on the levels of Adventures of Captain Toad in Super Mario 3D World. The player controls Captain Toad and Toadette, who is his companion. They have to navigate through different types of obstacles to reach a gold star on each level. Captain Toad can run and walk, but he can't jump because he's carrying a heavy backpack. While the game is good for kids, it seems short and the developers should have included more kingdoms. 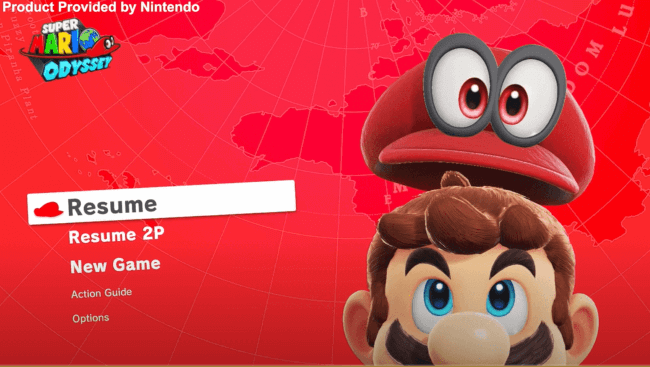 Plus, virtual reality has become more and more popular recently, if you are interested in VR games or want your children to experience the fun brought by VR, you may like this:Hands-on experience on Nintendo Switch VR.

How To Restrict a Toddler's Game Time?

When it comes to gaming, many parents question themselves whether they are doing good in the raising of their children. Luckily, Nintendo has a built-in parental control that you can use to restrict their screen time and make sure that they don't access inappropriate content.

You can use FamiSafe to block inappropriate content on your kids' mobile devices such as Android, iPhone, Windows, and Mac. Most parents worry about their child seeing something that is not appropriate when their child is playing video games or using the internet. Fortunately, parental control apps can block inappropriate content. Through content filtering, apps can block websites or apps with violence, pornographic content, and gambling content.

Parents who know that some internet sites are harmful or potentially distracting to their child can use FamiSafe to block access. The app can even give you the ability to restrict that access on more than one device.

You can also use FamiSafe to control the time your child spends while playing video games. With the screen time restriction function that Famisafe provides, parents ensure that their kid doesn't get addicted to a game. You can create screen time schedules to ensure that your child also focuses on other important tasks at school or at home.

Gaming has a lot of benefits to developing young minds. As much as you risk the chance of your kid getting addicted to Nintendo Switch games for toddlers, you will improve their brain thinking capacity, memory, and communication skills. Don’t hold your child back from experiencing an interesting gaming experience during their early teenage years.

Many parents are skeptical about letting their child have a tablet, phone, or play video games. However, you can rest assured that your child can safely use a tablet or phone if you install FamiSafe. You can use the app to monitor text messages, social media, and other mobile functions. Additionally, you can get a notification when your child uses certain words. Not only can you use FamiSafe to monitor text messages and social media usage, but you can also use it to monitor all their internet usage. For example, you can view their browsing history. You can also view call history.