Cyberpunk 2077 Review: What Should Parents Be Aware of

Cyberpunk 2077 is an action role-playing (ARPG) video game that was released on 10 December 2020 for Xbox One, Windows, Stadia, and PlayStation 4. Xbox Series X/S versions and PlayStation 5 will be released in 2021. The publisher of this video game is CD Projekt. The game is popular, as it received Eight million pre-orders on all platforms. Of these, 74% were digital. It was also the best-seller on China's Steam. In this Cyberpunk 2077 review, we'll cover details about this video game and if it's appropriate for kids.

What Is the Age Rating of Cyberpunk 2077?

The game is rated M (Mature), meaning that the Entertainment Software Rating Board considers it appropriate for players who are aged 17 or older. Cyberpunk 2077 features extreme violence with blood and gore, strong sexual content and nudity, strong language, and the use of alcohol and drugs. 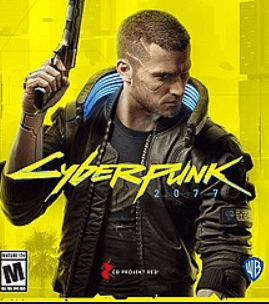 The story of this game takes place in Night City. This city is an open world that's set in the Cyberpunk universe. This American megacity is in Northern California. It's controlled by corporations and not assailed by the laws of the state and country. Night City sees conflict from violent gang wars and its reigning entities who are contending for dominance. Night City relies on robotics for daily aspects such as public transportation, maintenance, and waste collection.

The player takes the role of V in the game. V is a customizable mercenary who can acquire skills in machinery and hacking. There are also options for ranged and melee combat.

You can customize V's clothing, background, body type and modifications, hairstyle, face, and voice. Stat categories — Cool, Technical, Reflexes, Intelligence, and Body — are all influenced by the character classes you will assume. These are Solo (combat), Techie (machinery), and NetRunner (hacking). To purchase and upgrade Cyberware implants, V has to consult a "Ripperdoc." You can get military-grade abilities from black markets.

The game starts with the selection of a lifepath for V. You can choose from three lifepaths: Corpo, Streetkid, or Nomad. All the lifepaths involve V beginning a new life in the city with a local thug known as Jackie Welles and having several adventures with a Netrunner called T-Bug.

The local fixer Dexter DeShawn hires V and Jackie to steal the Relic (biochip) from Arasaka Corporation. The duo acquired the Relic, but their plan goes wary after they witness the megacorp's leader Saburo Arasaka being killed at the hands of his son Yorinobu. He then covers the murder as poisoning and activates a security sweep where Arasaka's Netrunners kill T-Bug. Welles and V escape, but Welles is wounded in the process. The Relic's protective case is also damaged, which forces V to insert it into the Cyberware that's in their head.

V can take cover, slide, jump, double jump, run, and aim. Players can deal with Melee strikes using close-combat weapons. You can use three types of ranged weapons, which you can modify and customize. These are Smart, which comes with homing bullets; Tech, which can penetrate enemies and walls; and Power. Ranged weapons can reflect bullets in a target's direction, slowing them down in bullet time. Weapon use increases reloading speed and accuracy, which is displayed in character animations. You can complete the game without killing anyone using non-lethal options for Cyberware and weapons. 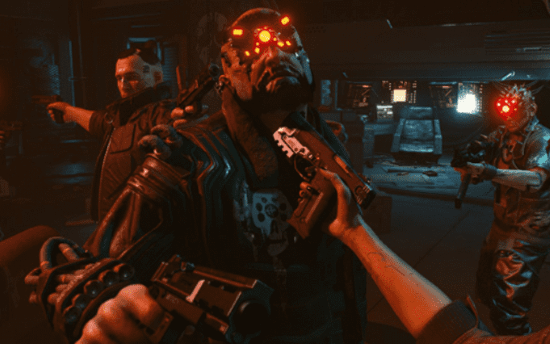 When you dismember enemies during combat, this will cause cries of agony and blood-splatter effects. You can also buy sexual services from prostitutes, and you can customize women's genitals during the character creation process. You'll also see characters taking illicit drugs. What's more? The player can drink alcohol and still drive.

The player can also explore the city's surrounding the Badlands. V navigates these locations in vehicles and on foot, which are subject to first or third-person view. Law enforcement can be alerted if V does something illegal, but this depends on the location. You can also listen to radio stations.

Night City also features non-English-speaking characters, and V owns a garage and an apartment. Their languages can be translated using special implants. Branching dialogues allow interaction with non-player characters and actions in quests. With Braindance, V can undergo other people's experiences.

Players obtain experience points from main quests. These points fuel the stats, with side quests yielding "street cred," unlocking skills, places, vendors, and additional quests. You'll acquire quests from Fixers. Various companions help V throughout the game. You can use consumables such as soft drinks for healing, and you can inspect objects in V's inventory. Minigames include martial arts, auto racing, boxing, hacking, and shooting ranges. Your choice leads to different endings.

Should Parents Allow Their Children Under the Age of 18 To Get Cyberpunk 2077?

No. Cyberpunk 2077 is generally inappropriate for kids. Parents should not allow their kids to get the Cyberpunk 2077 because of the following reasons. 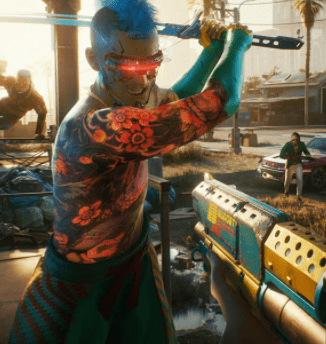 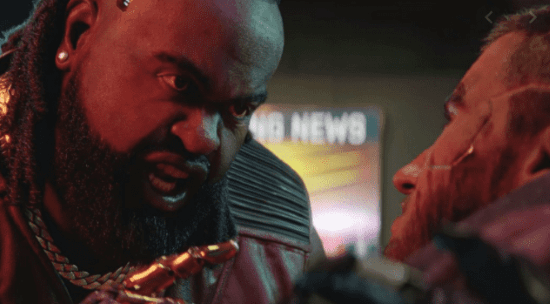 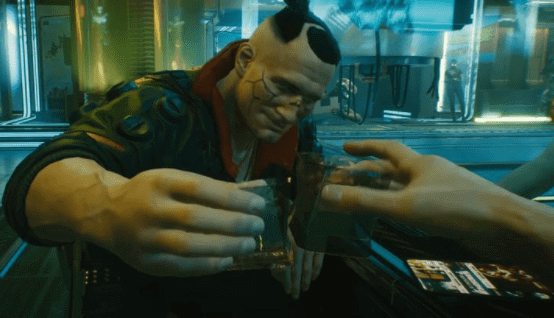 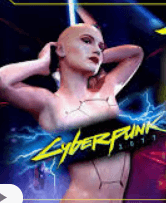 Can Teens Still Get Cyberpunk 2077 Without Reaching the Required Age?

If you are asking yourself: Should I get my kid Cyberpunk 2077 before they reach the required age? Firstly, the game recommends players to be 17+ years. The rating is set that way because of the inappropriate concepts like sexual content, violence, and political sagas, which are all not good for your kid. But if the teen is widely contented with the good virtues and vices of the current society, and they are only after a fan of the game, then getting Cyberpunk 2077 could not be much of a bad option. As a parent, you need to familiarize yourself with the game and observe the necessary parental controls.

What Can Parents Do To Make Sure Their Kids Do Not Purchase Cyberpunk 2077 Secretly?

Kids can go extreme in pursuit of obtaining and getting the chance to explore the adventurers that Cyberpunk 2077 offer. Here are some tips that will help you prevent your kid from purchasing this game without your notice.

Despite its great implementation of technologies like Artificial Intelligence and Computer Graphics, limiting your kid's access to Cyberpunk 2077 is significant. Children below 18 years of age should not be in any position to grasp and implement new and inappropriate behaviors from the game. As we have seen in this Cyberpunk 2077 review, the game entails concepts like intense violence, consistent use of strong sexual content, and nudity, which are all inappropriate for kids. Parents should use FamiSafe to ensure that their kids don't buy this game secretly.