Founded by Erik Cassel and David Baszucki in 2004, Roblox is an online video game platform and CGS (game creation system) that allows you to play games that other users have created. You can also program games whenever you want. Roblox games are popular around the world, with millions of people playing them every day. With that said, let's take a look at some of the scary Roblox games.

Developers of scary games on the Roblox platform incorporated spooky sound and jump scares to create scary storylines that will keep players. Keeping this in mind, here are six of the spookiest games on Roblox.

Inspired by a 2007 supernatural horror movie with the same name, Dead Silence allows up to three players to enjoy the game together. This is one of the reasons why it's a fan favorite. In the game, two characters - Jamie and Lisa - receive a doll anonymously as a gift. Billy goes to get dinner out of the house, leaving Lisa playing with the toy. Unfortunately, when he returns, he finds something terrible has happened: Lisa is dead. What makes it even scarier is the fact that her tongue is carved out. The gift box that entailed the ventriloquist doll carries a message about one Mary Shaw, a dead ventriloquist who hailed from Raven’s Fair. 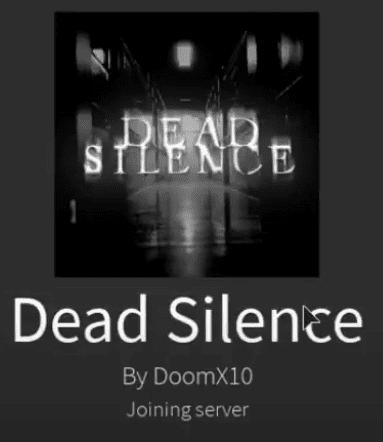 The apartment is a scary game in which players get to discover a massive apartment building. If you believe you have the courage, you can do it alone or find a friend to enjoy the game together. Participants have to somehow find their way up to several floors. What makes the experience horrific as you go up are the weird noises, scary jumps, and crazy figures on each level. The great thing is that the higher one goes up the building, the creepier the game becomes. Try not to be so scared if you want to go higher. It is free to download the game and plays on mobile platforms. 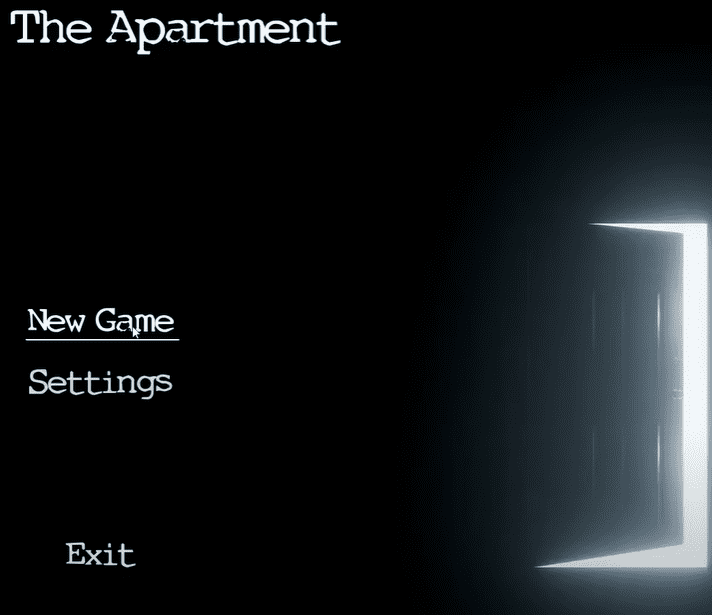 This is a scary Roblox game involving only one person. The mirror is a psychological game such that the participant is placed in an experimental room with dimmed lights and ordered to stare at the mirror for a long time at a close range. As time goes by, illusions, together with distortion, begin to come up in the mind of the player. As a result, this eventually causes them to be stressed out psychologically. The long waits keep the game thrilling and exciting, and this is what makes it extremely popular among teens. Beware of the creepy noises in the game. If you want to experience the full effect of The Mirror, play the game alone in the dark. 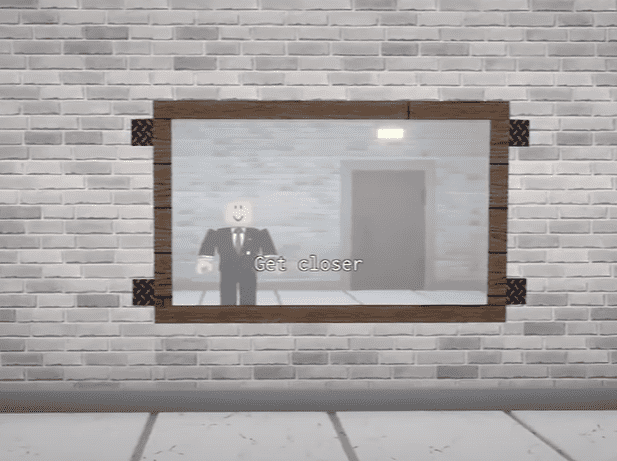 This is a fun game to play with great friends. It is all about trying to find out about the scary mysteries that happen in a school. Participants need to go through the school and get the keys as they ascend the levels as well as other tools to access the doors to the next level. The fact that no one knows what lies behind the doors will make your adrenaline keep going up. As such, you should always be on the lookout for some crazy jump scares. Horror fans enjoy playing this game because it's free to download, and it gives them the creeps. 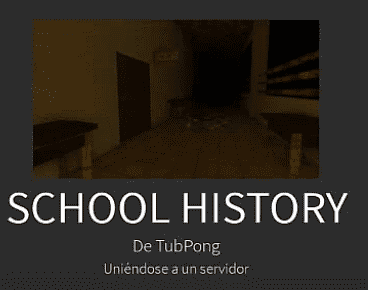 5. Alone in the Dark House

The title says it all. This survival horror game series is about a dark house with the player being the only character. If you are not so scared of the darkness, you will find the game thrilling and fun. The participant is expected to explore the dark house, and as they do this, they will come across some frightening objects. They will need to put together the horrors that found their way into the house. People like this game because of the storyline. 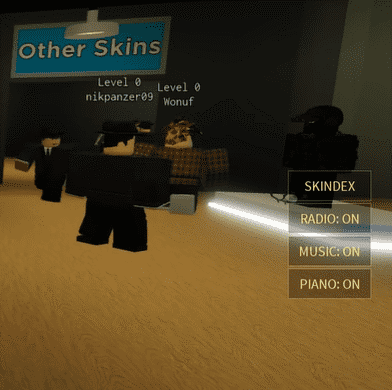 The slender man came from a forum website in 2009. Zoidberg656 and Captainjet2c are the parents of Slender man. It is best to play with friends, not alone. It is filled with extreme darkness, and that is what makes it spooky. Slender man is an exceedingly scary internet monster. The game involves some scary sceneries, blood, jump scares, and gore. To move up to the next level, you have to explore the dark surroundings and make it through alive. Also, you will have to try and discover the hidden pages as they go up the game. The game is popular because it provides user-generated 3D experiences. 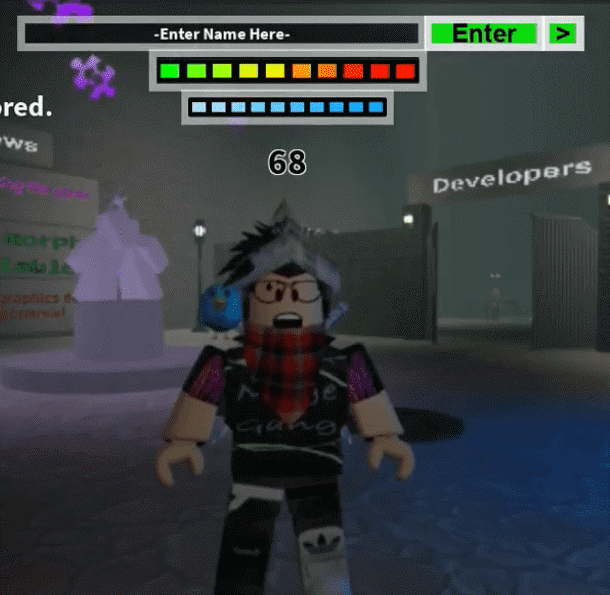 Research has it that more and more teens- and some adults- are downloading the Roblox games for their tablets, phones, games console, and computers. Parents and guardians have been concerned and worried sick with their teens getting overly involved in playing these games. Here are some of the adverse effects that these games can cause to your teen.

If your teen is playing this game, you may start to experience behavioral problems. This can be due to seeing the explicit sexual content in the game and the violent content.

Due to the nature of the games, your teen may become addicted to playing it. You may find him or her up all the time wanting to do nothing but play the scarier games found on Roblox.

If your teen plays many scary games on this platform, you may find that they have trouble sleeping. All their thoughts could be with the frightening game that they have watched. They may have also experienced something in the game that has caused them to be scared.

How can parents restrict kids' playing time on Roblox?

To avoid any issues with your teen playing scary games on Roblox or getting involved in games of a sexual nature, you should use FamiSafe to monitor your child’s usage. If you start to see problems with behavior, trouble sleeping, or your kid cannot seem to put the game down, it might be time to cut down screen time. So how can FamiSafe help you?

The screen time feature ensures that children do not stay glued to their screens throughout doing nothing but playing games on their mobile devices. With this app, you will control just how much time your teenager spends while using their mobile devices. In case the kids get exposed to explicit sites and platforms, the app sends instant alerts to the parent.

Parents can also use FamiSafe to block and restrict the applications that they deem inappropriate for their teens. They can also filter out the sites and, at the same time, track the browsing history. Want to know the best part? The app supports Kindle Fire, Mac, Windows, iOS, and Android operating systems.

Children of all ages are always exposed to so much on the internet. The above six scary Roblox games will certainly keep your teenager going in 2021. The games are not just thrilling but fun and somewhat scary. It is the spooky bits that add the icing to the cake. Children all over the world find these games fun, especially where they have to tag their friends along.

If your teenager aspires to get into the IT and programming world, you will want them to be involved in the Roblox platform. They will have a good opportunity when they create their games and whatever it is they want to have detailed. And that is all thanks to the creative tools available on the platform. For parents and guardians to be safe and ensure the safety of your child, it is advisable to consider having the Famisafe mobile app. Getting this app will ensure you remain at peace, knowing that what your teenager is viewing or reading is safe and free from explicit content.