These Old Windows Games that Still Worth Playing

Old Windows games are “Forever Playable Games” - you know what I am talking about, right?

The veteran games of the golden era (everyone’s childhood) are still desirable by gaming enthusiasts. Growing and Building resources and strategizing your way into winning a war are the profound amusements attached to your youth. 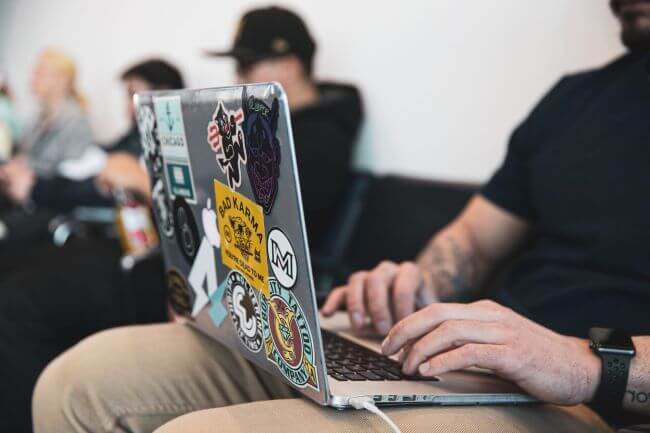 Is an old Windows game still worth playing?

What does this mean for you?

Although there are a plethora of facilities and new games on consoles, your favorite old PC game is still desirable to play. There is an ever-going debate on PC over Console, and this article will not get into that. The point here is the love of “old strategy games” and the amateurism associated with those times.

You grew up playing video games on your PC. You loved those games with their slow speed, the blurred backgrounds, the restricted boundaries, the limited characters, etc., - the reminiscent of your past. That childhood is gone. It never comes back; still, you have those old Windows games, and old habits die hard.

The foremost reason for playing old PC games in the 2020s is to resonate with your teenager. Though long forgotten by many, it is still an amusing hobby for the gaming world.

2. Non-HD is best suited on PC

As discussed above, it is not fair to let go of your childhood memories. Now, the old Windows games were mostly not high definition, and it will be unjust to try and play those on an Xbox. Old PC gamers like their games old-school.

The old classics like System Shock or Warcraft are trying to release (or already released) the updated versions of the same game. The old PC games remain popular not because of the modern graphics but for the memories associated with it, and a PC brings back this recollection. 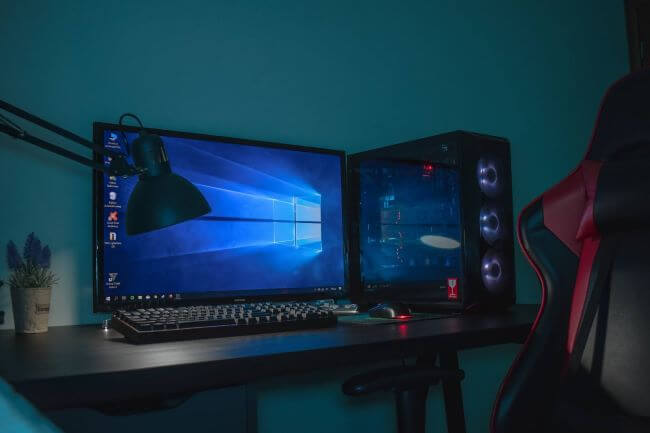 People playing video games in the ’90s are now Managers and Businessmen in various industries. Everyone loved playing old PC games in school, but then, Life Happened. At present, they have kids of their own who go to school. Those people do not find the time or the desire to purchase an Xbox just for the sake of gaming. Old PC games are a tremendous way-out for those “Ex-Gamers.”

When was the last time you played an old Windows game on your laptop after office? (Comment below)

But wait, let me tell you something exciting:

PC gaming is a lot cheaper than buying a Playstation or Xbox. Why? Mostly because everyone already has a Personal Computer (Desktop or Laptop), a graphic card upgrade will turn it into a gaming machine (if required).

PC games, once installed, are often shared with friends. Yes! If you have never shared a video game after using, with your friend, raise your hand in the comments section below. Borrowing and Lending make it even cheaper or free (at times).

Gear-up for the Goosebumps when reading the names of old PC games that are still worth playing even in the “chaos” of modern games. Repeat after me - old school is the best school!

This list is going to take you places in your nostalgic journey.

If you still have that Protoss Warrior’s poster somewhere in your room, you are a legend-gamer. StarCraft is a monumental game, which was released in 1998.

StarCraft 1 came into the world and raised the benchmark for other real-time strategy games. It is one of the best-selling PC games, and the South Koreans are famously carrying the torch to date. 120,000 people turned up to watch the competition of this game in Busan (Guinness World Records). 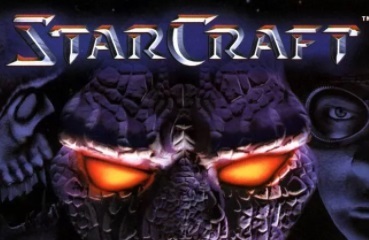 Another masterpiece released in 1999 (the year had seen so many great games); the Age of Empire II was the second game in the series. It gives you a touch of history in the Middle Ages.

Old PC game players loved playing with thirteen civilizations. It is still the go-to choice for gamers having nostalgic moments in 2020. It is an excellent “strategy game,” where you get to “grow and build” your resources. After all, the Age of Kings needs to be built on a strong empire.

The visuals depict the fantasy realm of Athkatla. It is considered one of the best video games of all time. This game is so popular that the creators released two improved editions of the same game in 2001 and 2013. 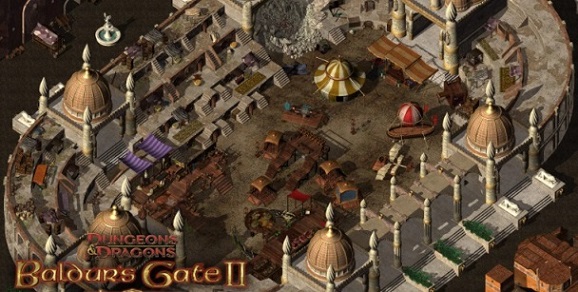 The world of game players first made System Shock’s acquaintance in 1994. The second version of this game (System Shock 2) was released in 1999. Still, many old gamers like to play System Shock 2 to relish their misspent youth to this date.

It is a role-playing game with alien-horror, which revolves around a starship in alien space. The lead character is trying to fight the genetic infestation.

The Half-Life series is a sweet childhood memory of many. Released in 1998, Half-Life’s first part is worth playing even in 2020.

The game player has absolute and uninterrupted control over Gordon Freeman (The main character of Half-Life). It is a first-person shooter game, which inspired another famous game Counter-Strike (years later). 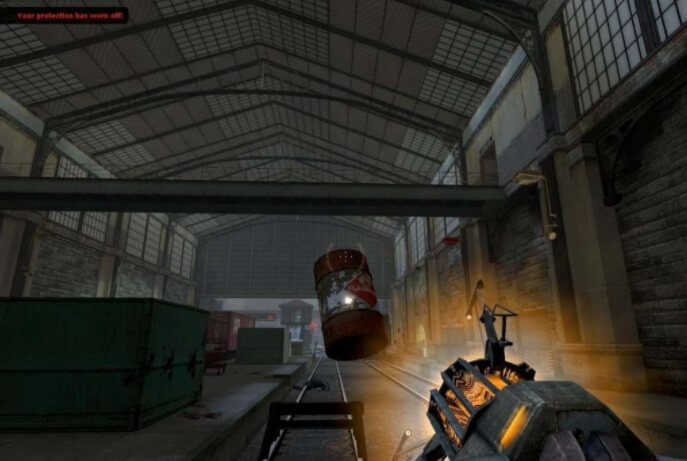 Humans Vs. Orcs - this ultimate war was the most celebrated game in the mid-1990s. Once released in 1995, this game was “unstoppable” in terms of popularity. Adopted by a Hollywood feature in 2016, it made the game players craving for the game’s old version. Therefore, it is still one of the best old Windows games worth playing.

The fantasy-based medieval age depicted in this game is unique; it was positively reviewed and became a commercial success. Building resources and enhancing the army would give humans a fighting chance against the Orcs. 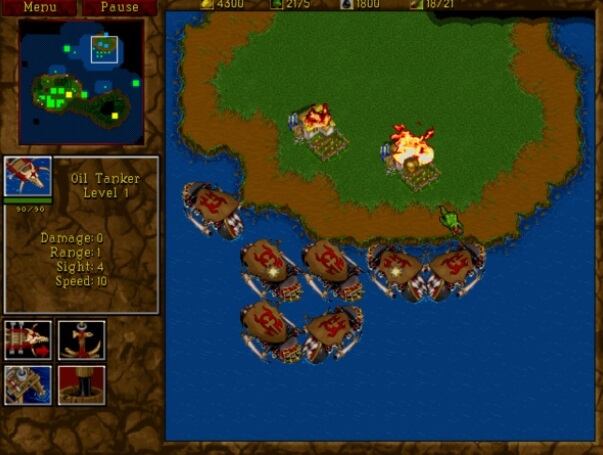 The Doomguy (space marine of the famous video game “Doom”) had to enter this list of old Windows games still enjoyable to play. Being released in 1993, it is an excellent FPS that led to a very successful gaming franchise.

Doom is a pioneer in internet-distribution and a few 3D related technologies. An approximate number of 20 million people played this game within two years. 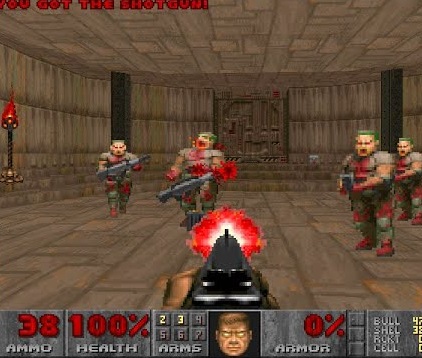 Making your way through the army of monsters, in maze-like situations - rings a bell? Quake offered dark and thrilling graphics that makes it an old PC game, which still amazes people with the “technology of the past.”

Quake, the first game of a positively acclaimed “Quake Series,” was released in 1996. Another highlight of this game is being playable on the internet with advanced technology (of that time). 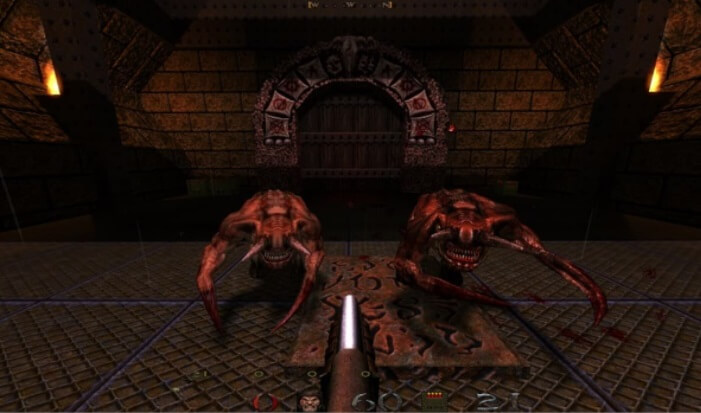 Use FamiSafe for Windows to limit kid's game time.

The new age and immense technological advancements (as shown decades ago in those old Windows games) have made it possible to safeguard your kids’ gaming routine. Using FamiSafe is one the most efficient way to “keep an eye” on your children 24/7. It is a parental control app that helps parents control “childish activities” from their laptops or mobile devices.

For instance, Smart Schedule helps you put your kids’ devices on a lock-down during specified hours. If you, as a parent, are looking for means to control your child’s game time, here are few “occasions” when you can remotely lock their smartphones or tablets:

Another significant feature of FamiSafe is Geofencing when you could mark the school location and home address as safe zones. The limits of this app are only the limits to your imagination.

When you invite your school buddies over drinks or plan a high school party, one (or more) of the above-mentioned old PC games would always become a topic.
Oh, do you remember how we used to beat the life out of that Orc in Warcraft II… (Someone would say)

Happiness is all about micro-moments-of-happiness. Old Windows games cover most of those micro-moments, and they are still worth playing!